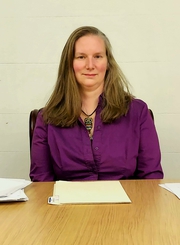 Laura Wentz is honored to be elected and to serve as Vice President of Council for Upper Darby.

In July of 2017, Laura Wentz, President of Philly CLUW (Coalition of Labor Union Women) received the “Philadelphia Jobs with Justice Solidarity Award for Tireless Advocate for Progress”. Laura joined CLUW in 2009 and quickly moved up the ranks of the chapter leadership until 2014 when she was elected President of the chapter. CLUW is made up of Volunteer Women & Men throughout the country; that fight for Women's Rights, Union Rights, Workers Rights, Human Rights & Mother Earth’s Rights throughout the country and the world. We work with unions and our allies like Jobs with Justice, NOW, PCAPS, PUP, Planned Parenthood, Bread & Roses, Fight for $15, Our Wal-Mart; and the newer groups Women’s March on Philadelphia, Indivisible, Philadelphia United for Progress (Philly UP), Delco IDEAL and more. In 2016 on behalf of Philly CLUW, Laura worked with Bucks County, Delaware and Chester Counties members of the community to empower more women and progressive men to get involved in the fight for justice and equality in their local communities. The result was the forming of the Neshaminy-Bucks CLUW and the Delaware-Chester Counties CLUW Chapters.

Laura is the Resident Lighting Designer for CAPA High School in Philadelphia and has had the opportunity to teach the students of CAPA about Theatrical Lighting and Sound since 2006. Laura was the Resident Lighting Designer for Arcadia University from 2002-2006, Head Electrician from 2002-2008 & Adjunct Professor for Theatre Electrics from 2004-2008. She was an after-school theatre coach for Lighting & Sound from 1996-2007 for Lower Merion High School Players. Laura is a member of IATSE Local #8, since 2002 and the Co-Chair of the IATSE #8 Women’s Committee since August 2016. She is also currently the Event Coordinator and a Founding Member for Delco NOW.

Laura Wentz is a Councilwoman-at-large 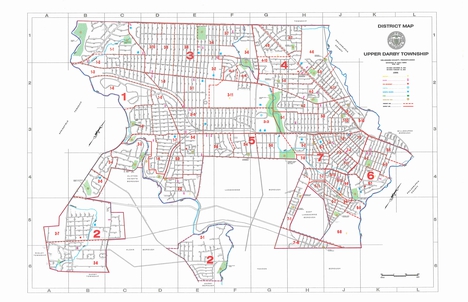